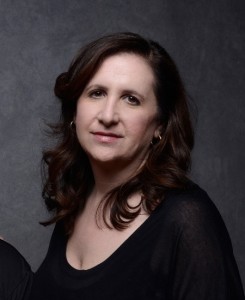 Academy Award-nominated filmmaker Tia Lessin directed and produced, with Carl Deal, CITIZEN KOCH which premiered in the US documentary competition at the 2013 Sundance Film Festival. Their first collaboration, Trouble the Water, won the 2008 Sundance Grand Jury Prize, the Gotham Independent Film Award, the Full Frame Film Festival’s Grand Jury Prize, and was nominated for an Oscar. Tia was co-producer of Michael Moore’s Fahrenheit 9/11, winner of the Palme d'Or, Academy Award-winning Bowling for Columbine, and Capitalism: A Love Story. The granddaughter of a garment worker, Tia received the Sidney Hillman Prize for Broadcast Journalism for her documentary about labor trafficking in the US garment industry, Behind the Labels. In television, she line produced Martin Scorsese’s award-winning No Direction Home: Bob Dylan, and her work as a producer of the series The Awful Truth earned her two Emmy nominations, one arrest and a lifetime ban from Disney World