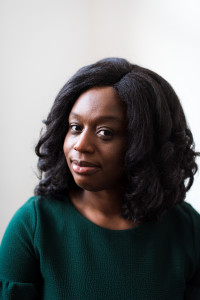 Anoa J. Changa is a staff reporter leading Prism's coverage of electoral justice and voting rights. An organizer by nature and a lawyer by trade, Anoa has a deep history of working within the realms of advocacy and justice. Her passion lies in building collaborative political spaces that fundamentally change the way communities and grassroots organizations engage with the social and political systems around us. Expanding on her experience as an attorney, Anoa has been a grassroots digital organizer and strategic advisor to several organizations. She came to Prism from the New Georgia Project, a nonpartisan effort to register and civically engage Georgian voters, where she was the director of digital strategy and storytelling. Prior to that, she held the position of cities electoral manager for Democracy for America. Anoa is a movement journalist, deeply influenced by grassroots-led electoral organizing efforts. She is the host of the podcast “The Way with Anoa” tackling politics and current events through a Black progressive feminist perspective. Anoa has bylines in The Independent, The Nation, Dame Magazine, Huffington Post, and Rewire.News. She is a speaker, trainer, and presenter in progressive spaces. Anoa received a B.A. in Sociology and a Master in City and Regional Planning from The Ohio State University. She was awarded a J.D. from West Virginia University College of Law where she was a W.E.B Dubois fellowship recipient. She resides in Atlanta.