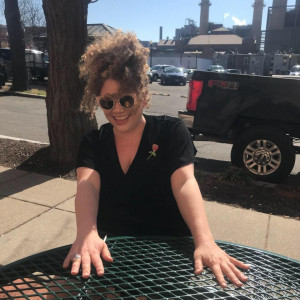 At Blue State, Tessa Simonds leads Blue State’s campaign practice and oversees all work for political campaigns and committees alongside a team of experienced campaign strategists. Tessa is a veteran organizer and campaign strategist with nearly a decade of experience building organizing and digital programs for progressive candidates, political committees, and advocacy organizations. Most recently prior to Blue State, Tessa was Senior Advisor for Digital Organizing on the Biden-Harris National Coordinated Campaign at the Democratic National Committee. In this role, she helped reimagine the approach to digital organizing and grassroots mobilization at scale in the battleground states. This approach helped power a record-breaking voter contact program, with nearly 700 million voter contact attempts made in the four months leading up to Election Day. Before that, she was the Director of Grassroots Mobilization on the Elizabeth Warren campaign, managing a staff of more than 64 people and 13 offices across the country. At the Democratic National Committee, she helped imagine and launch the Mobilization team as Digital Director, helping to grow the team from 10 to more than 45. She’s proud to have trained and mentored hundreds of digital practitioners during her career. Tessa graduated from UMass Amherst with a B.S. in English and Social Thought and Political Economy and lives in Washington, D.C. In his spare time, Tessa can usually be found watering her houseplants, listening to music, or talking to her best friend Candace.