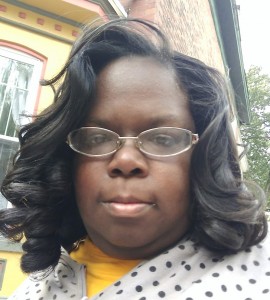 At POWER, Terri Burgin, a native of Philadelphia, wears several hats: At the congregation level, she is the long time co-chair of the St Vincent’s POWER Local Organizing Committee—training and mobilizing parishioners to bring their faith into the public arena in support of POWER’s social justice campaigns. Serving first as a member and then as Co-Chair of POWER’s Economic Dignity Team since its inception, Terri helped achieve a living wage victory for the City of Philadelphia. During Terri’s tenure on Economic Dignity she nurtured POWER’s emerging Climate Justice work and now is a Climate Justice Fellow organizing on staff to connect racial, economic and climate justice. She works with community members and allies to press PECO to reduce the use of fossil fuels that cause health problems in neighborhoods targeted by poverty and overburdened by environmental toxins, to expand the use of local solar power, and to generate jobs for affected communities in newer, cleaner technology fields. Terri is a deeply Catholic organizer, with her eye always on the PEOPLE who deserve to be treated with the dignity God gave them and is proud to be leading in a faith-based people’s organization.