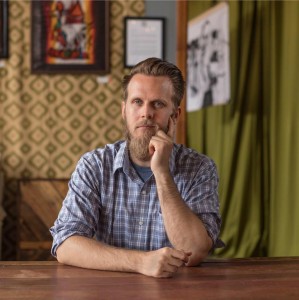 Ted Terry currently serves as the Mayor of Clarkston, Georgia, the most ethnically diverse square mile in America. Ted is the youngest Mayor in Clarkston's 135-year history. With more than 17 years of experience in public service, Ted is leading Clarkston's vision to become a more welcoming and compassionate community. As Mayor, Ted has supported initiatives aimed at empowering resident involvement and cross-sector collaboration, including the launch of an education task force aimed at working with the Dekalb County Board of Education to create innovative ideas and policy solutions for the Clarkston cluster of schools. Under Ted's leadership, Clarkston has become the first city in Georgia to raise the minimum wage to $15/hr for city employees, make Election Day a holiday, and decriminalize simple marijuana possession. Ted also helped enact the strictest indoor smoking ordinance in the state, a public health measure to reduce second-hand smoke related illness in Clarkston. He is currently working on innovative new models around civilian led policing, tiny house developments and mico-farming, as well as committing Clarkston to a goal of 100 percent clean energy by 2050. In addition to his leadership as Mayor of Clarkston, Ted currently serves as the State Director of the Georgia Chapter of the Sierra Club, is a member of the Dekalb County Board of Health, and serves on the advisory board for the Global Village Project, a special purpose middle school for refugee girls who have experienced interruptions and gaps in their formal education. Earlier in his career, Ted worked as a consultant for a wide array of nonprofits, state representatives, state senators, mayors, county commissioners, school board members and a U.S. Congressman. During his time as a consultant, Ted helped raise millions of dollars for campaigns and causes with a focus on uniting individuals and businesses behind a common goal of creating a better society.