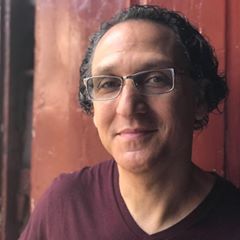 Tarso Luís Ramos is Executive Director of Political Research Associates, a Boston-based national organization that analyzes the U.S. Right Wing for social justice movements. Tarso has studied and fought the Right for over 25 years and is a sought-after speaker and strategist. While many were still dismissive Donald Trump’s viability as a presidential candidate, PRA sounded the alarm. In a March 2016 interview with The Progressive, Ramos warned of a potential “mass base for Donald Trump’s brand of bigoted nationalism,” adding, “it’s not clear that establishment neoliberal politics can trump it.” Grounded in the social justice feminism of its late founder, Jean Hardisty, for 35 years PRA has collaborated with immigrant-, racial-, LGBTQ-, economic-, and gender-justice movements contending with a broad spectrum of the Right–from neofascists to free-market neoliberals. PRA is a leading source for movement analysis of the Christian Right, racial and ethnic nationalism, and other right-wing movements. PRA maintains a large, free, online archive at www.politicalresearch.org.