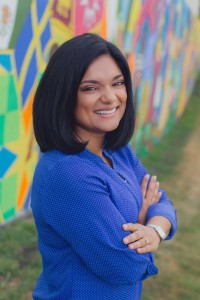 Taneeza is an immigration lawyer and Executive Director of SD Voices for Peace (c3 arm) and SD Voices for Justice (c4 arm). The mission of these organizations is to empower South Dakotans with accurate information to fight Islamophobia and anti-immigrant bigotry in order to nurture informed, inclusive, and civically engaged communities. Taneeza started her civil rights legal and advocacy career in Minneapolis, MN. She was a complaint investigator for the Minneapolis Civil Rights Department and the first Civil Rights Director for CAIR-MN. One of her professional highlights includes filing federal complaint of discrimination on behalf of Somali and Muslim students against a public school district in MN in 2008, which is still being monitored by the federal Department of Education. In 2012 she moved to Sioux Falls SD and took a break from this advocacy work to start a family. But after the 2016 Presidential elections she put that hat back on to fight Islamophobic and anti-immigrant/refugee resolutions and bills in the state capital. SD state legislature is 85% Republican. She has built an intersectional, interfaith, and multi-party coalition to defeat all 10 bills and resolutions! In 2017 there were 2 Islamophobic resolutions and 1 anti-refugee/immigrant/Islamophobic bill. In 2018 there were 2 Islamophobic/anti-refugee bills and 5 anti immigrant bills. The rheotric around these bills included promulgating fear by stating thousands of Syrians were invading SD, exposing the state to terrorism, that Islam was the cause of global terrorism and that Muslims believe in "Shariah law" which means they can kill anyone who doesn't believe in the religion. 2018 concentrated on denying undocumented migrants access to higher educations, services and penalized municipalities for creating any "sanctuary" entities! She and her team also exposed Islamophobic candidates running for Congress by holding press conferences to expose statements like "I support a Muslim registry to keep our country safe" months after the "registry idea" faded away. This exposure put SD on Southern Poverty Law Center's HateWatch map and garnered national coverage too. She co-founded these organizations in 2017 and is building an organization committed to shaping rural strategies to combat Islamophobia and anti immigrant/refugee bigotry. She lives in Sioux Falls SD with her husband and two rambunctious boys who love leading chants at protests.