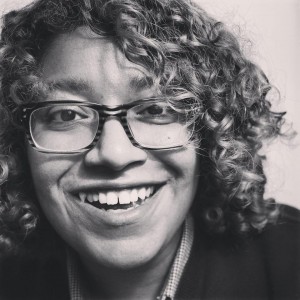 Sissi is a Texas Regional Field Organizer with the Human Rights Campaign. A native of the Rio Grande Valley, queer and Latinx, they are based out of Austin and continue to mobilize to elect pro-equality candidates and protect current or pass needed Non Discrimination Ordinances, also known as Non Discrimination Protections (NDOs & NDPs) inclusive of gender identity and sexual orientation. Their experience with field campaigns and community organizing spans 6 years working on local, state, and national assignments. During the 85th Texas Legislative Session and Special Session in 2017, they led hundreds of volunteers, including HRC members, LGBTQIA+ community leaders, and allies to take action and stop more than 30 anti-LGBTQ bills, including the anti-transgender "Bathroom Bill." You may have also heard of Sissi creating opportunities with trans and queer PoC while serving as a State Manager during the Summer of Action in Arizona (2016), a transgender prejudice reduction research and messaging test done in partnership with LGBTQ advocacy groups and University of Berkeley researchers. Pronouns: he/him/they/them