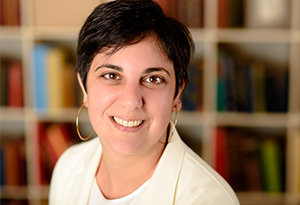 Sirine Shebaya is the Executive Director of the National Immigration Project. She is a longtime immigrant rights advocate who focuses on combining litigation and public campaign strategies to defend and advance the rights of immigrant communities of color. She was one of the lead attorneys litigating COVID-related detention issues nationwide. She also co-led a movement of lawyers, organizers, translators, and concerned citizens doing rapid-response work at Dulles Airport in the aftermath of the Muslim Ban. She has litigated several high-profile cases alongside and on behalf of communities impacted by family separation, discriminatory police practices, immigration detention and enforcement issues, and the Muslim Ban. In partnership with local community groups, she led a campaign that resulted in eliminating ICE holds in most jurisdictions in Maryland. Sirine previously worked at the Capital Area Immigrant’s Rights Coalition and at the ACLU of Maryland. She has experience in litigation, public education campaigns, and advocacy focused on immigration detention and criminal legal system issues. Sirine’s work with immigrant communities has been honored with the Capital Area Muslim Bar Association Award for Outstanding Pro Bono Service and Commitment to Advancing Justice, the Americans for Democratic Action Winn Newman Equality Award, and the National Immigration Project Daniel Levy Award.