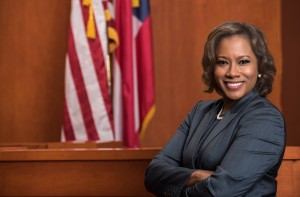 As District Attorney for the Stone Mountain Judicial Circuit, Sherry Boston oversees the prosecution of felony offenses filed in the Superior Court of DeKalb County, including murder, drug and sex offenses, child and elder abuse, theft, and corruption. Prior to this role, District Attorney Boston served as DeKalb County Solicitor-General, the elected prosecutor overseeing misdemeanor crimes. In addition to her elected positions, District Attorney Boston has also received several notable appointments. She was the first woman appointed as Municipal Court Judge for the City of Dunwoody and also served as Associate Magistrate Judge for DeKalb County. In addition to her judicial service, Ms. Boston has also worked in private practice handling thousands of misdemeanor and felony criminal cases in metro Atlanta. Among other community and legal organizations in which she is involved, District Attorney Boston is an active member of the State Bar of Georgia. She currently chairs the Investigative Panel of the State Disciplinary Board, which has the power to investigate and discipline members of the State Bar for violations of Standards of Conduct. District Attorney Boston also serves on the Board of Governors, the State Bar’s policy making arm. In addition to her varied State Bar roles, District Attorney Boston is an instructor for Basic Litigation for the Prosecuting Attorneys’ Council of Georgia and is regularly called upon to speak to local and national audiences on a number of issues related to law enforcement, trial preparation and cross-examination strategies. Throughout her career, Ms. Boston has received numerous awards and recognition for her work and commitment to important causes such as domestic violence awareness and prevention/intervention initiatives. District Attorney Boston is a graduate of Villanova University in Philadelphia, Pennsylvania and Emory University School of Law.