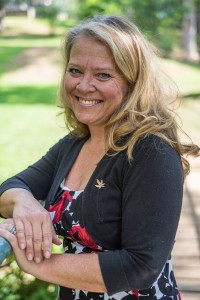 Sharon Ravert Is an Atlanta native, small business owner, wife, mother of two young ladies, drug policy expert and activist working for sensible drug policy reforms across the country. Twelve years ago her family was traumatized by the “War on Marijuana”, when the local drug task force woke the family at 4 am pounding on doors and screaming commands. They were looking for her 19 year old college student, Brittany and “drugs”. The shock and awe raid turned the entire family into activist for change almost over night. Sharon is the Founding Director of Peachtree NORML, Georgia's state-wide affiliate of the National Organization to Reform Marijuana Laws. She works with legislators from all represented parties from the local level to the federal level to address their concerns, provide statistics, share stories of the harms of our current policy and give clear direction toward workable solutions. She works tirelessly assisting victims of the drug war, raising money for legal defense and showing up in court rooms across Georgia. She also trains people on the use of Naloxone and helps Atlanta Harm Reduction Coalition distribute the life saving rescue kits. She sits on the steering committee of Mom's United to End the War on Drugs and travels the country as a guest speaker at events and conferences. Sharon is a coalition builder, working with other nationally recognized organizations to end the drug war like Drug Policy Alliance, NAACP, ACLU, Law Enforcement Action Partnership,, Stop Mass Incarceration Network and the Latin American Association in Georgia to connect the war on drugs to many of the social ills in our communities, human and civil rights, and criminal justice issues others have been working on for decades. Her work has been highlighted in numerous magazines to include LadyBud Magazine; HighTimes; CannaHealth and Newsweek. CBS, NBC and Fox in Atlanta contact her regularly to comment on subject ranging from drug policy to police brutality.