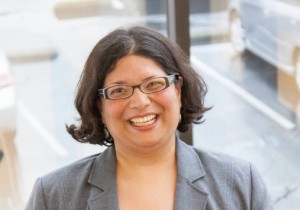 Shanthi Gonzales was elected to the Oakland School Board in 2014. She has a background in labor and community organizing. Her first campaign was during high school, when she was recruited to the No on Proposition 187 campaign by Californians for Justice (CFJ). She went on to work with CFJ on many economic justice campaigns, launching a career in organizing. Shanthi was an organizer for SEIU United Healthcare Workers West, where she learned how critical a strong labor movement is in creating economic security for low-income communities of color, and also discovered her passion for leadership development. She is proud of the role she has played in Oakland’s libraries, coalition building and developing stronger advocates for Oakland's libraries. She also serves as Vice President of the Board of La Raza Centro Legal. Shanthi works for the Women Donors Network, a national network of progressive women donors, in development and programs.