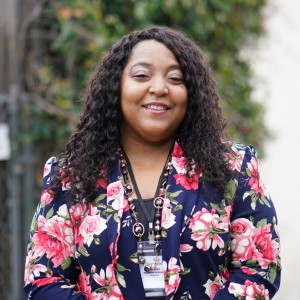 Shameka Parrish-Wright is a Bail Disruptor in Louisville, KY. Prior to joining TBP, she worked as a community and voter empowerment organizer, a project manager, and,most recently, as a campaign manager. As the child of an incarcerated parent and a formerly incarcerated person herself, Shameka spends weekends doing art activities with families during visitation with The Special Project, a project of the Kentucky Foundation for Women. Shameka serves on the board of The Anne Braden Institute for Social Justice Research Community Council, Coalition for The Homeless Continuum of Care Board, The Sowers of Justice Network, and Louisville Family Justice Advocates among others. She holds a degree in Human Resources. Shameka lives in Louisville with her partner and six children and has dedicated her life to fighting poverty in every way she can.