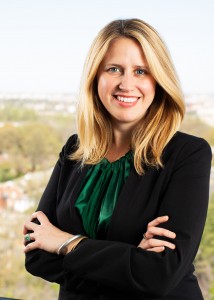 Susannah Cunningham is the Co-founder and Executive Director of Only Through US, a Washington-based non-profit that seeks to empower communities to counter fear-based policymaking in the wake of terror attacks. Susannah has previously led and advised rights advocacy groups within the U.S. and in the Middle East and North Africa for over a decade. In 2008, Susannah co-founded the Resettlement Legal Aid Project (RLAP), an Egypt-based legal clinic originally created to serve Iraqi refugees fleeing persecution because of their work as translators, drivers, and contractors with Coalition Forces and American organizations. Today, RLAP remains the only refugee rights legal clinic serving Egypt's sizable refugee population and continues to serve regardless of nationality, ethnicity, gender, or religion.