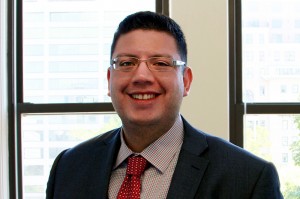 Scott B. Astrada is the Director of Federal Advocacy at the Center for Responsible Lending. Located in the Washington D.C. office, Scott directs and coordinates federal legislative and regulatory advocacy in coordination with CRL senior leadership to advance CRL policy goals. Prior to his role at CRL, Scott worked as an economic policy advisor for the U.S. Senate Democratic Policy and Communications Center under former Minority Leader Harry Reid and previous Chairman Chuck Schumer. Prior to the Senate, Scott was an attorney in the Obama Administration at the White House Office of Management and Budget, Office of General Counsel. Before joining OMB, Scott was a Congressional Hispanic Caucus Institute Fellow, completing his fellowship on the U.S. Senate Banking Committee, and then at the National Council of La Raza. Scott received his BA from the University of Wisconsin-Madison, his JD and MBA from Marquette University, and his LLM from the Georgetown University Law Center.