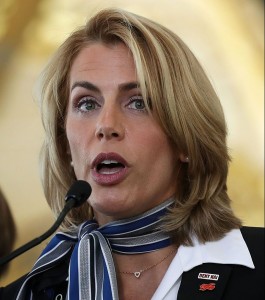 Sara Nelson is the International President of the Association of Flight Attendants-CWA, AFL-CIO. She has been recently recognized for her efforts to help end the longest federal shutdown in U.S. history by highlighting threats to aviation security and calling for labor to discuss taking action with a General Strike. Sara became a union activist shortly after starting at United Airlines in 1996. In the wake of 9/11, she saw how those with money and power would use tragedy as a weapon against working people, and she committed her life fight back by building power through solidarity. In addition to fighting for safe working conditions with fair pay and benefits, Sara has led major campaigns to ban knives on planes, increase Flight Attendant federal rest requirements, fight on-board sexual harassment and assault, create mandatory training for Flight Attendants to recognize and report human trafficking and much more. Sara has served as a leading voice on issues facing women in the workplace and across the country, encouraging women everywhere to "Join Unions, Run Unions."