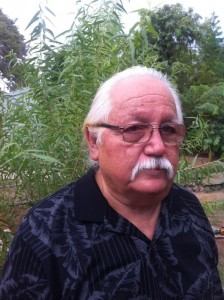 Salvador Reza has been a community organizer for more than 25 years, tackling real world issues and bettering the lives of people here in Phoenix. Whether it was running a successful campaign on behalf of the Taco Vendor Association to stop the city from banning tack trucks and hot dog vendors, or representing the Macehualli Day Laborers and creating the first Day Labor Center in Phoenix, Reza has organized those who most need a voice in local government and frequently come out on top. He was a leader in speaking out against SB1070, organizing a people's march that attracted over 100,000 protesters, and playing a key role in the Sound Strike. He has been arrested, banned from the state Capitol, and been the victim of constant retaliation by government officials. But he has never stopped fighting for the underserved and underrepresented.