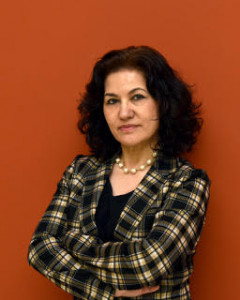 Ms. Rushan Abbas is the founder and executive director of Campaign for Uyghurs. She has been an activist since her days at university, where she was one of the organizers of the pro-democracy protests during mid and late 1980s in East Turkistan (AKA Xinjiang). Since coming to the US, she has been a tireless advocate for Uyghur rights. In 2018, her own sister was abducted by the Chinese regime and illegally sentenced to prison in retaliation for Ms. Abbas’s activism in the US. Recently, two U.S. lawmakers nominated Ms. Abbas’s organization, Campaign For Uyghurs, for the 2022 Nobel Peace Prize for its prominent and significant contributions to building fraternity between nations and promoting peace by defending the human rights of the Uyghur and other ethnicities that the Chinese regime has targeted with genocide and other crimes against humanity.