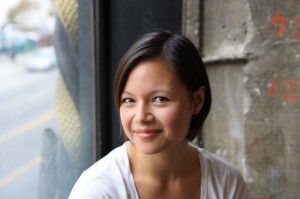 Robin Alberts-Marigza is a Lead Organizer at NationBuilder where she focuses on organizing cities throughout the South. Prior to her current position, Robin served as the Campaign Manager for Congressman Jim Cooper (TN-5), where she developed and implemented a winning campaign strategy for one of the lone congressional Democrats in the South. During her tenure, she raised $1.7 million and increased the number of contributors by 35 percent. Previously, Robin worked as the Campaign Manager for Jeff Yarbro for State Senate (Nashville, TN). Robin is a native of Nashville, TN, a graduate of Tufts University in Medford, MA. She currently lives in Los Angeles, CA with her cat Manny, named after her favorite boxer, Manny Pacquiao. Last year, she competed in two triathlons and one day hopes to bike and travel around the world. When she’s not organizing, you can find her near the beach eating seafood by the pound.