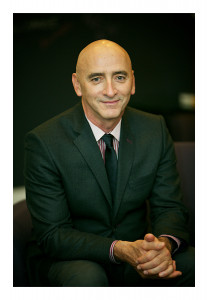 Robert’s career spans more than two decades of working at the intersection of philanthropy, social justice and strategic communications. As Director of Communications for NEO Philanthropy, Robert directs the philanthropic intermediary’s efforts to promote and shape a narrative around its programmatic and organizational priorities as well as advise its funder partners, fiscal sponsor groups, donor advised funds and collaborative funds on their communications investments and strategies. Robert directed the Strategic Communications Initiative of the Four Freedoms FundTM (FFF), a national donor collaborative housed at NEO that works toward full integration of immigrants as active participants in our democracy. Through FFF grantmaking, he has helped build the communications capacity of the immigrant rights field across the nation. Robert provides a similar expertise to NEO’s Anti-Trafficking Fund, which uses a human rights frame to counter human trafficking in the U.S. Prior to joining NEO Philanthropy, he was Director of Communications for the Evelyn and Walter Haas, Jr. Fund in San Francisco. In 1997, Robert founded the SPIN Project, a media training, coaching and strategizing resource for social change organizations. In the mid-80s through the early 90s, he played a central role in increasing the media visibility of gay, lesbian, bisexual and transgender people, serving as the first Director of Communications for the Human Rights Campaign Fund, and later as Director of Communications for the National Gay and Lesbian Task Force. Prior to his social justice career, he worked in public relations and institutional communications for the IBM Corporation. That corporate career path diverged after he “accidently” outed himself as gay in national media while volunteering at a major gay rights march in Washington, DC. Robert graduated from the University of Florida with a degree in journalism and public relations.