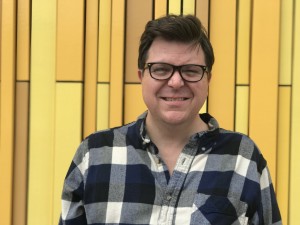 Ricardo Baca is a veteran journalist and thought leader in the legal cannabis space. After serving more than two decades as a staff writer, editor and critic at daily newspapers, Ricardo’s editors at The Denver Post named him the paper’s first-ever Cannabis Editor in 2013. Now Ricardo is considered to be the world’s first (and “most prestigious” according to Vice) marijuana editor; founder of award-winning news vertical The Cannabist; primary subject of Rolling Papers, a documentary released theatrically in February 2016; one of Brookings Institution’s 12 Key People to Watch in Marijuana Policy; one of Fortune magazine’s 7 Most Powerful People in America’s Marijuana Industry; one of Time magazine’s 140 best Twitter feeds; one of Sensi magazine’s 24 Cannabis Pioneers Who Matter. Ricardo is a leading drug policy expert profiled by The New York Times, Poynter, The View, The Colbert Report, Wait Wait Don’t Tell Me—and a trusted source on all things cannabis (regulations, policy, implementation, normalization) by This Week With George Stephanopoulos, Buzzfeed, NPR’s All Things Considered, The Guardian, Esquire, Fast Company, Al Jazeera, BBC, Mashable, International Business Times and CBC.