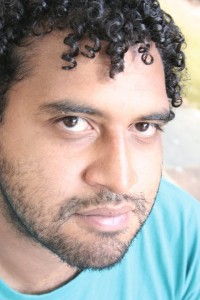 Reuben Hayslett is a queer writer, activist and storyteller with a MFA in Creative Writing from Fairfield University. He currently works at the Working Families Party, a progressive third party in the United States, where he combines his storytelling skills and political activism as a National Online Campaigner. Reuben has won campaigns against Netflix, UPS, Rhode Island Lifespan Hospital, and led a coalition to remove David Koch from the Board of the Smithsonian and PBS. His non-fiction work first appeared in The Splinter Generation in 2007 and most recently in The Mary Sue blog in 2015. His fiction work has appeared in the Surreal South Anthology in 2011, transLit magazine and the Oregon Literary Review. In Brooklyn, Reuben produced Rustik Storytellers, a monthly oral storytelling live show in 2013, and most recently co-produces PRACTICE, a safe space live storytelling show that encourages new-comers to try their hand at the oral storytelling tradition.