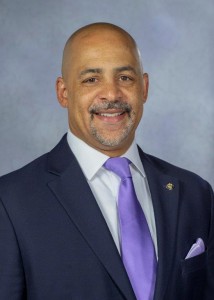 Chris Rabb is a father, educator, author, consultant, social justice activist and member of the Pennsylvania House of Representative representing upper northwest Philadelphia. While a visiting researcher at Princeton University Rabb wrote the ground-breaking book, Invisible Capital: How Unseen Forces Shape Entrepreneurial Opportunity (2010). In 2011, Rabb was recruited to teach at Temple University Fox School of Business where he was the Social Impact Fellow at the Innovation and Entrepreneurship Institute and taught social entrepreneurship and organizational innovation. In his fourth year of teaching at Temple, Rep. Rabb helped to successfully unionize 1,500 fellow adjunct professors in a landslide victory for worker rights. He is a long-time board member of the national racial justice think tank, Race Forward, and has been on the faculty of the Institute for Strategic Leadership at Drexel University's LeBow College of Business. He has been a fellow at Demos, the Poynter Institute and the German Marshall Fund of the U.S. Rabb previously served on the boards of the Friends of the Wissahickon, Bread and Roses Community Fund, Mt. Auburn Cemetery, and The Baltimore Afro-American Newspaper which was founded by his great-great grandfather in 1892. A former U.S. Senate legislative aide and writer, researcher and trainer at the White House Conference on Small Business in the Clinton administration, Rabb is a thought leader at the intersection of politics, media entrepreneurship and social identity. In 2004, Rabb was one of fewer than approximately 40 credentialed bloggers at the 2004 Democratic Convention, blogging on-site for the now-defunct Afro-Netizen, which he founded in 1999. Since then, Rabb has written for or appeared as a guest on several local and national media outlets including: The New York Times, The Nation, The Huffington Post, MSNBC, NPR, Philadelphia Daily News, Philadelphia Inquirer and the Associated Press. A graduate of Yale College and the University of Pennsylvania, Rep. Rabb is a native of Chicago and an avid family historian and genealogist.