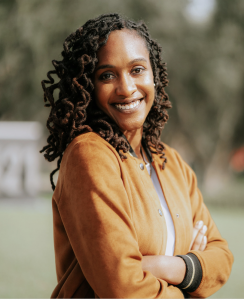 Renee Parker Sekander was born and raised in Memphis, TN and graduated from University of Tennessee, Knoxville in 2016. The first time Renee ever voted, she faced so many obstacles that she left the polls feeling like the process was too hard to navigate. She was a college student at the time, and registered in Shelby County, 6 hours away from where she was studying. Unaware that first time voters who register to vote online must vote in person in their first election, she unexpectedly had to drive a collective 12 hours to cast a ballot. Strict laws and barriers make Tennessee one of the hardest places in the country to cast a vote, which contributes to our low voter turnout and low voter confidence as a state. Sekander went on to work at human rights nonprofits like Amnesty International USA serving as the Canvass Director for their Los Angeles office. During the 2020 Presidential race, Renee served in Mobilization Director and Regional Field Directors positions on the Warren campaign, Amy McGrath campaign, and the coordinated campaign for Warnock and Ossoff in Georgia. Now, Renee serves Organize Tennessee as Executive Director. Her goal? Protect every single Tennessee voter and defend our democracy.