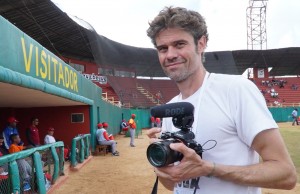 Reed Lindsay is a documentary filmmaker and journalist with 16 years of experience telling stories that are not being told, bringing marginalized voices to the fore, exposing injustices and abuse of power, creating awareness about issues that have been ignored or misunderstood and challenging mainstream narratives that are devoid of context or distort local realities. His most recent feature-length documentary, Charlie vs Goliath (www.charlievsgoliath.com), an inspiring story about a 75-year-old former Catholic priest who runs for the US Senate in the state of Wyoming in a bid to shake up the political establishment, is screening in film festivals across the country. In 2014, Reed won a Gracie Award for Fists of Fury, a short film about a 15-year-old girl in Kolkata, India, striving to be a champion boxer. He was one of the first journalists to enter Libya after the uprising, and co-directed an hour-long film entitled Benghazi Rising that was nominated for a Rory Peck Award as best documentary in 2011. He reported on the Egyptian rebellion from beginning to end, and was co-winner of an Emmy for his contribution to the HBO documentary In Tahrir Square. From 2004 until 2009, Reed was based in Port-au-Prince, Haiti, where he worked as a journalist, lived in a poor neighborhood and founded a non-profit supporting a group of community volunteers who formed two tuition-free schools serving 250 children. His work has been published in more than 20 major newspapers and magazines, aired on numerous radio stations, and broadcast on television news networks throughout the world. He speaks three languages fluently (English, Spanish and Haitian Creole).