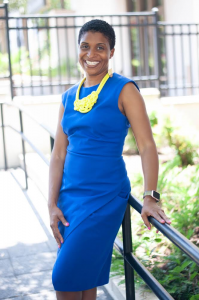 Rania Jamison is a dynamic anti-poverty advocate, motivating political consultant, and powerful change agent. A creative and energetic leader with the ability to communicate vision and inspire action, Rania has gained awards working in the education, government, health, non-profit and political sectors. Her work continues to have a lasting positive impact on transforming communities. Rania served as the South Carolina State Director for Working Hero Action, working with 2020 Democratic Presidential Candidates, national and state leaders to elevate the issue of poverty and create awareness about the Earned Income Tax Credit. With two decades of experience as a skillful organizer of high-profile campaigns, programs and events, Rania has a reputation for getting things done. From engaging and advising elected officials to organizing grasstop leaders, Rania is often behind the scene working to transform the status quo. As president of her own public relations firm, Purpose Promotions, Rania’s recent clients include the Obama Foundation, Dominion Energy, SC Democratic Party and Columbia, SC Mayor Steve Benjamin. Her previous work includes serving as a Public Involvement Manager for the Richland Penny Transportation Program and as the voice of the South Carolina Census Campaign gaining the state national accolades for record participation improvement and an additional seat in the U.S. Congress. Rania has worked as a key strategist on local and statewide campaigns including the Vote For Our Libraries Campaign; which has revolutionized the libraries across Richland County; leading a communications effort advocating for Riverbanks Zoo, South Carolina’s top tourist destination, to adopt a smoke-free policy, which remains in effect today; and, having a direct impact on the college and career plans of over 20,000 high school and college students throughout the Southeast as a top-ranked speaker for the Monster.com. Jamison is a trained Poverty Simulation Facilitator through the Missouri Community Action Agency. In a six month period, she led over 400 leaders through this experiential “one-month of poverty”; opening their eyes to the challenges that exist within our community. Jamison was also recently hired by the Obama Foundation to serve as one of nine community leaders across the nation to train and empower emerging community organizers. During a six-month span, she led 11 teams in developing 11 unique projects that created positive impacts on the community and strengthened the next era of local leaders. Rania strives to live out the meaning of her name (God’s Purpose in Swahili) by remaining active on several nonprofit boards, linking others to their passions and empowering leaders to strengthen their impact within their communities. Although she has a lengthy resume, Rania’s most important and rewarding role is being wife to her husband, Theron and mommy to her sons, Lynard (23) and Blaize (6).