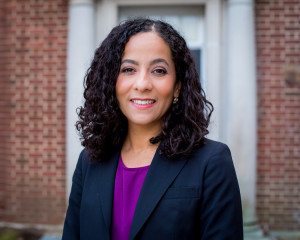 Rahna Epting is the Executive Director of MoveOn, the member-led grassroots progressive organization working to make this country a place where everyone can thrive. Rahna leads both MoveOn Civic Action, which works to advance progressive policies and social change, and MoveOn Political Action, which works to elect candidates who are committed to standing up for an inclusive, progressive agenda. Rahna has led issue and electoral campaigning at MoveOn in the Chief of Program and Election Program Managing Director roles. Previously, she served as Chief of Staff at Every Voice, where she managed state and national campaigns to make democracy work for everyone. Prior to joining Every Voice, Rahna worked at the Service Employees International Union in various capacities. In the role of Member Political Programs Director, she designed, developed and managed national programs to engage SEIU members across the country in politics—from recruiting and supporting labor activists to run for office, to activating union retirees to fight for the passage of the Affordable Care Act, to developing member leaders throughout the union. While at SEIU, Rahna also lobbied President Barack Obama’s administration in support of the Workforce Investment Act, Child Care funding, and the prevention of government-imposed furlough days. Rahna’s work at SEIU was preceded by her service in the State of Oregon running the Oregon Bus Project’s PolitiCorps program—a ten-week summer boot camp for youth designed to train and place them in political campaigns. While working at the Bus Project, she was recruited to be a Wellstone Action trainer and trained with Wellstone for over seven years—supporting state work to advance fair courts legislation and practices, training young organizers on the foundations of organizing, and training folks to run for office. She has a long history of commitment to youth organizing and served as the Chair of the Alliance for Youth Organizing from 2017-2019. Follow her on Twitter @rahnamepting.