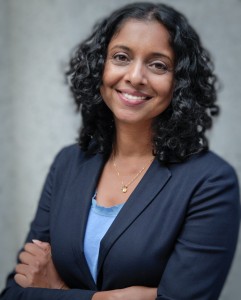 Radhika Sainath is a senior staff attorney at Palestine Legal, where she oversees the organization’s groundbreaking legal work on free speech, censorship and the right to boycott. Prior to joining Palestine Legal, Radhika litigated civil rights cases in Los Angeles, organized factory workers across the country with UNITE HERE!, and worked with the International Solidarity Movement (ISM), a Palestinian-led, nonviolent resistance movement, in the West Bank and Gaza Strip. In 2012, Radhika was arrested and deported from Bahrain while working with a human rights group there. Radhika has appeared on MSNBC and in the New York Times, Wall Street Journal and the Washington Post discussing the movement for Palestinian rights. Her writing has appeared in Boston Review, Literary Hub, Jacobin, and The Nation and she co-edited a book on the ISM called Peace Under Fire (Verso: 2004).