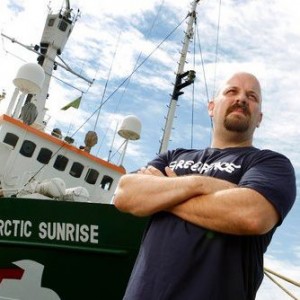 As the Executive Director of Greenpeace, Phil Radford is at the helm of one of the largest and most influential environmental organizations in the country. Phil leads a national team of 500 highly-skilled environmental leaders working in 23 cities across the U.S. on national and global campaigns to protect our planet’s oceans, forests, and climate. Over the past decade, Phil has managed several high-impact, national campaigns on global warming, including Global Warming 2000, which convinced Senator McCain to take leadership on global warming; The Global Climate Coalition Campaign, where he managed the national field work that forced Ford, GM, Texaco, and other companies to stop funding the Global Climate Coalition, the industry front-group funding global warming skeptics; persuading Citigroup to increase investments in clean energy; and working with over a dozen communities to make significant investments in clean energy.