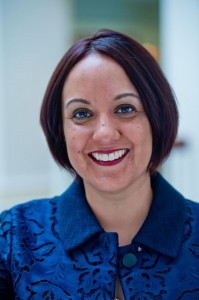 Paulina Gonzalez is Executive Director of the California Reinvestment Coalition. She has worked for over 20 years leading economic justice organizing campaigns to expand worker rights, immigrant rights, and the rights of low income and underrepresented communities of color. In August 2016, the Consumer Financial Protection Bureau announced that Gonzalez had been appointed to its Consumer Advisory Board. She also serves on the 12th District Community Advisory Council for the Federal Reserve Bank of San Francisco. In January 2017, Gonzalez was the sole consumer advocate invited to speak at a forum held by Senator Elizabeth Warren on the nomination of Steve Mnuchin to serve as Donald Trump’s treasury secretary. At the forum, Gonzalez highlighted Mnuchin’s troubling track record as chair of OneWest Bank, which foreclosed on tens of thousands of families across the US.