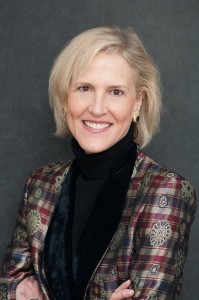 Page Gardner is the founder and President of the Voter Participation Center (VPC), a research-driven, non-profit and non-partisan organization dedicated to increasing the participation of unmarried women and other historically underrepresented groups in our democracy. An expert in the voting patterns of women voters who has dedicated her career to increasing the share of unmarried women in the electorate, Ms. Gardner has worked at senior levels for the most competitive presidential, senatorial, gubernatorial, and congressional campaigns in all parts of the country during her 20 years’ experience as a political and communications manager and strategist. Ms. Gardner also has managed some of the most hotly debated national public-policy issue campaigns — including those related to reproductive rights, civil rights, national budget priorities, technology, and trade. Ms. Gardner has been credited with designing and implementing some of the most creative and successful issue and legislative campaigns in recent memory, as well as staging come-from-behind candidate victories in key battleground races. She is regarded as one of the top strategists in the country. In 2003, Ms. Gardner founded Women’s Voices Women Vote, the organization now known as VPC — the first major organization to identify unmarried women as a crucial constituency and to realize the importance of marital status in voting. The pioneering group popularized the concept of a “marriage gap” in American politics: a fundamental dynamic in the American electorate showing that unmarried women are much less likely than married women to register and to vote.