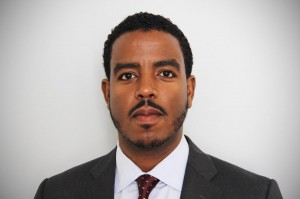 Omar Farah is a Senior Staff Attorney at the Center for Constitutional Rights and is the lead lawyer in Color of Change v. Department of Homeland Security and Federal Bureau of Investigation, which seeks records that reveal the government’s expansive surveillance of the Movement for Black Lives. Omar focuses on an array of CCR’s litigation and advocacy in response to abusive policing and counterterrorism practices, including the unlawful surveillance of Muslim American communities, the criminalization of dissent, and systemic, unlawful policing practices. For more than a decade, he has also litigated habeas corpus challenges on behalf of several current and former Guantanamo Bay prisoners, including Tariq Ba Odah, who spent nearly nine years on hunger-strike before being released to Saudi Arabia in 2016. Omar regularly speaks about law and policy at the intersection of national security and the criminalization of Black, Brown, and immigrant communities in the United States. His work has been covered by major news outlets, including The New York Times, MSNBC, Democracy Now, and Al Jazeera. Omar’s opinion pieces have appeared in Rolling Stone, The Huffington Post and The Global Journal among others. He is a graduate of Columbia University and Georgetown University Law School.