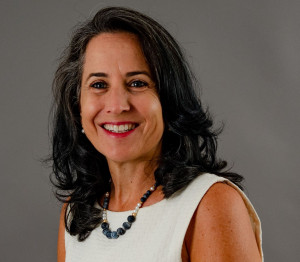 Nicole G. Berner is General Counsel of the Service Employees International Union (SEIU), an organization of 2-million members united by the belief in the dignity and worth of workers and the services they provide and dedicated to improving the lives of workers and their families and creating a more just and humane society. Nicole provides strategic legal advice to the union on a broad range of matters, including SEIU’s innovative organizing campaigns. Nicole is also a partner at James & Hoffman, a Washington, D.C., based law firm. During her more than 20-year career, Nicole’s law practice has focused on advocating on behalf of working people and highlighting the connections between economic justice, racial justice, gender justice, and LGBTQ rights. Nicole has represented SEIU in a broad range of cases in state and federal courts, including recent challenges to an executive order issued by President Trump that would strip federal employees’ union rights, a challenge to power grab legislation signed into law by ousted Wisconsin Governor Scott Walker, cases to protect the Affordable Care Act, challenges to the Defense of Marriage Act and marriage discrimination, and a number of voting rights cases around the country. Prior to coming to SEIU, Nicole served as a staff attorney at Planned Parenthood Federation of America, where she litigated reproductive rights cases to protect and expand access to reproductive healthcare. Before that, she was a litigation associate at the Washington, DC office of Jenner & Block. Nicole is a fellow of the College of Labor and Employment Lawyers. She also currently serves on the board of directors of Jobs with Justice and the National Partnership for Women and Families and is a member of the Legal Advisory Council of Law Forward in Wisconsin. Between June 2017 and June 2020, she served on the Board of Directors of the American Constitution Society. Nicole graduated Order of the Coif from Berkeley Law, where she concurrently completed a Master’s Degree in Public Policy (MPP) from Berkeley’s Goldman School of Public Policy. Nicole served as a judicial law clerk to the Honorable Betty Binns Fletcher on the U.S. Court of Appeals for the Ninth Circuit and the Honorable Thelton E. Henderson on the U.S. District Court for the Northern District of California. She received her B.A. in Women’s Studies from U.C. Berkeley.