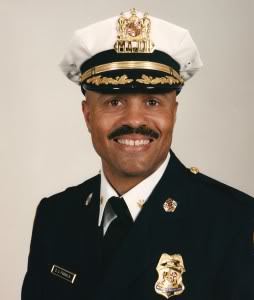 Major Neill Franklin is a 34-year law enforcement veteran of the Maryland State Police and Baltimore Police Department. After 23 years of dedicated service to the Maryland State Police, he was recruited in 2000 by the Commissioner of the Baltimore Police Department to reconstruct and command Baltimore’s Education and Training Section. During his time on the force, he held the position of commander for the Education and Training Division and the Bureau of Drug and Criminal Enforcement. He also instituted and oversaw the very first Domestic Violence Investigative Units for the Maryland State Police. While serving as a Narcotics Agent with the Maryland State Police, Maj. Franklin was persuaded by then then-mayor of Baltimore, Kurt Schmoke, who declared that the War on Drugs was counterproductive and created excessive violence. This; followed by the tragic murder of his close friend, Corporal Ed Toatley, while making a drug buy as an undercover agent, cemented his resolve to reform failed drug war policies. He retired from policing in 2010 to lead LEAP as executive director. When not working with LEAP, Maj. Franklin volunteers his time by serving on many boards, including Murder Victims Families for Reconciliation, the Faith Based Community Council on Law Enforcement and Intelligence, the Place of Grace Church, Anne Arundel Community College Criminal Justice Advisory Board, and board president for TurnAround Inc. He has a wife and a son.