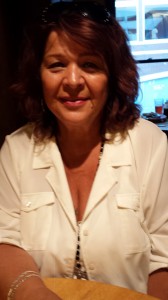 Natalia “Natalie” Motyka came to Detroit as a small child with her parents, after surviving a German prisoner of war camp after World War II. She and her husband will celebrate their 48th wedding anniversary in September 2014. Natalie raised three children, John, Michele and Moe while working as a teller at Liberty State Bank, and later as the owner of hair salons in the Detroit area. She has been a longtime advocate and volunteer, helping homeless people in her community. When her son Moe was murdered on October 6, 2011, Natalie says her life changed drastically, and she became an advocate for Mothers of Murdered Children (MOMC). Within months of her son’s death, Natalie organized a fundraiser to support the work of Crimestoppers. Two years later, she committed to raising funds for the homeless, which was also one of her son’s passions. As a member of MOMC, Natalie helps and counsel other mothers by letting them know they aren’t alone in their grief.