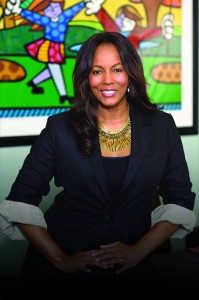 This Orlando-based lawyer and former U.S. Navy Intelligence Officer, has had several highly publicized cases over the span of her career. She has also appeared as a legal analyst on a plethora of local and national news networks and shows including: CNN, MSNBC, FOX, Nancy Grace, Jane-Velez Mitchell, Dr. Drew, Good Morning America, and the Today Show. Attorney Jackson’s personal philosophy is “EQUAL COURT ACCESS, EQUAL PROTECTION OF RIGHTS, AND EQUAL JUSTICE FOR ALL.” An example of this philosophy in action can be seen in the outcome of one of Attorney Jackson’s more recent cases involving a homeless man who was senselessly targeted and beaten by the young adult son of a leading citizen in a small Florida town. A settlement was reached in that case which required the attacker to not only pay for the homeless man’s medical bills, but to also donate money to various drug rehabilitation and homeless help organizations. Moreover, the homeless man received a confidential monetary settlement to help him get off the streets. In 2008, Attorney Jackson represented a little girl who lost her mother and baby brother in a freakish accident when a company-owned airplane crashed into their home. Ultimately, the case settled for a confidential eight-figure sum and earned Attorney Jackson an invitation to join the Multi-Million Dollar Advocates Forum. Although that case was a big monetary case, Attorney Jackson believes the most important case of her career came in February 2012, when Attorney Benjamin Crump asked her to become local counsel for the family of Trayvon Martin. 17-year old Trayvon Martin was shot and killed by 28-year old Neighborhood Watch Captain George Zimmerman while walking home. The case sparked a nationwide debate on racial profiling and gun laws. Since that time, Attorney Jackson and Attorney Crump have worked on many civil rights cases together around the nation, most recently, Tolan v. Cotton, a case out of Houston, Texas, that went to the U.S. Supreme Court. Attorney Jackson is the managing partner of the Women’s Trial Group and the founder of AskAttorneyJackson.com and LegalAdvicePerMinute.com. The Women’s Trial Group is a personal injury law firm representing women and families who have been harmed or killed by the negligence of others. AskAttorneyJackson.com and LegalAdvicePerMinute.com are low-cost telecommunication services for lay people and lawyers. Attorney Jackson received her undergraduate degree in History from Hampton University and her Juris Doctor from the University of Florida. She is admitted to practice law in all Florida State Courts, the Middle District of Florida, and the United States Court of Appeals for the Eleventh Circuit. In 2012 and 2013, Super Lawyer Magazine honored her with the designation of “Rising Star”. In addition to her law practice, Attorney Jackson has been an Adjunct Professor of Law at FAMU School of Law where she has taught Trial Practice and Negotiations. She is also a member of the Florida Bar Association, the Association of Florida Trial Lawyers, the National Bar Association, and Alpha Kappa Alpha Sorority, Inc. Attorney Jackson has received numerous awards from local, state, and national organizations for her social activism and community service. She resides in Orlando and has a son (Kevin) who is an alumni of the United States Naval Academy and is now a law student at the University of Florida.