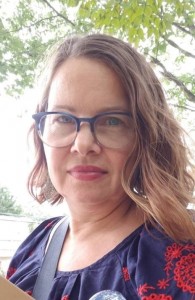 Nadia Hewka joined Community Legal Services' Employment Law Project in 1997. She represents low-income Philadelphia workers in a range of legal matters having to do with workplace abuses. She has developed specializations in the rights of immigrant workers, addressing child abuse records as a barrier to employment, and the employment rights of individuals with criminal records. She has successfully argued before the Pennsylvania Supreme Court. Her advocacy work has centered on issues of concern for low wage workers, such as raising the minimum wage, wage theft enforcement, and paid sick leave. She is currently working with the ICE Out of Courts Coalition and with the PA Domestic Workers Coalition. She is one of the founders of the Coalition for Restaurant Safety and Health, a project designed to prevent sexual harassment in Philadelphia restaurants. In addition to her legal work, she spent 5 years as the Board Chair of the Pennsylvania Immigration and Citizenship Coalition, and six years serving as the president of Philadelphia Legal Services Union, the union representing CLS and PLA attorneys. She has served on the Pennsylvania Minimum Wage Advisory Board since its inception. She received her J.D. from the Temple University School of Law in Philadelphia, PA in 1995 and her B.A. from the University of Pennsylvania in 1990. She is the daughter of immigrants and speaks Spanish, Ukrainian, and a bit of French and Arabic.