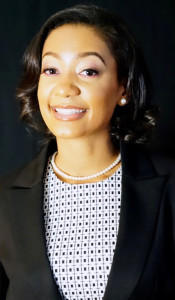 Mishara Davis (she/her) grew up in Georgia where her passion for social justice began as an organizer with the NAACP in 2007. She continued her advocacy in Detroit and later served as a Precinct Delegate for two years representing voters with enthusiasm and transparency. In 2016, Mishara organized voters in New Hampshire and Mississippi during the presidential primaries which further molded her interest in integrated voter engagement. For the last five years, Mishara worked and lived in Washington, D.C. advocating for political power building in BIPOC communities across the country through civic engagement, strategic data management, and relational organizing with State Voices. She now resides in Georgia and approaches the work at Women Engaged using a racial and gender equity lens as the Vice President of Political & Civic Engagement. Mishara graduated from the University of Michigan - Ann Arbor with a B.A. in Political Science and Urban Planning in 2015 and is completing her MPA at Indiana University O’Neill School of Public and Environmental Affairs. Mishara is a proud member of Alpha Kappa Alpha Sorority, Inc., and leads the political action efforts for her chapter.