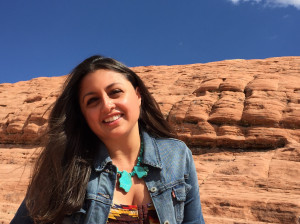 Bio: Michelle Mayorga, a Senior Vice President at GBAO, spent nearly two decades recruiting for, managing, and working on Democratic campaigns, progressive issues, and in local and national administrations. Michelle has worked in 27 states and now trains candidates and campaign staff throughout the country for Democratic and progressive organizations. Her clients have included Democratic candidates throughout the country, such as Rep. Colin Allred (TX-32), Rep. Pramila Jayapal (WA-7), and Rep. Teresa Leger Fernandez (NM-3) as well as advocacy and non-profit groups like Sierra Club, the Congressional Hispanic Caucus’ Bold PAC, and Planned Parenthood. Michelle earned her bachelor’s degree from Yale University, with a double major in American Studies and Ethnicity, Race, and Migration. In 2016, the American Association of Political Consultants recognized Michelle with their 40 under 40 award. Her family hails from Nicaragua and she grew up in South Florida. She now lives in Albuquerque, New Mexico.