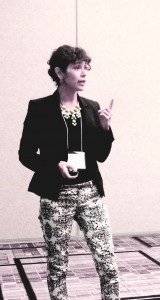 Michelle Martinez is a Latinx-Mestiza environmental justice activist, writer, and mother born in Detroit and raised by the Latinx Diaspora. Since 2006, she has worked in local communities of color to build power to halt climate change, and the detrimental effects of pollution in post-industrial Detroit. Working across issues of race, gender, and nationality, she has built and led coalitions using art / media, land-based programming, popular education, voter engagement, and corporate accountability tactics to shape policy solutions. In 2019 she helped organize over 2000 people in the March for the Green New Deal in Detroit Michigan during the Democratic National Debate. Currently, she is the Statewide Coordinator for Michigan Environmental Justice Coalition, which advocates for climate justice for communities disproportionately impacted by environmental toxins. Her consulting work through Third Horizon Consulting focuses on primarily on justice and equity in the environmental movement through storytelling, strategic planning, and collective decision-making. She was a 2017 Equity Fellow at Wayne State University Law School’s Damon J. Keith Center for Civil Rights and received the Top 25 Latinx Leaders from the State of Michigan, Hispanic Latino Commission in 2019. She earned her MS in Environmental Policy from the University of Michigan School of Natural Resources and Environment in 2008, now SEAS, and BA in English Literature also from University of Michigan.