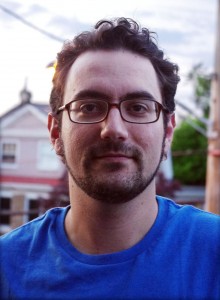 Matt Stroud is a reporter with Bloomberg covering the companies that cater to police and prisons. His reporting has contributed to overturned convictions in two Pennsylvania homicide cases. It also pre­empted a prison closure, dug into a secret police algorithm designed to pinpoint the 400 most dangerous people in Chicago, and made a massive pyramid scheme public at a multi­-billion dollar NYSE-­traded company. Previously he was a correspondent with the Associated Press and staff writer at The Verge. His work has been published in The Atlantic, Businessweek, The Nation, Politico, Reuters, and many other outlets. He's been nominated for awards by the Society of Professional Journalists and Investigative Reporters and Editors.