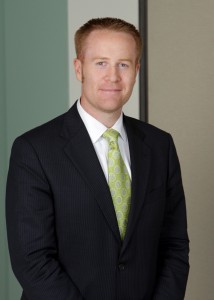 Matthew Sanderson served as outside counsel for Governor Rick Perry's 2012 presidential campaign, legal counsel to Governor Mitt Romney's Commonwealth PACs, Campaign Finance Counsel for Senator John McCain's 2008 presidential campaign, and General Counsel for a government reform commission created by Utah Governor Jon Huntsman, Jr. Matt, along with the rest of The Colbert Report team, received the prestigious Peabody Award in 2012 for efforts related to television personality Stephen Colbert's Super PAC. Matt is also a founder of PlayoffPAC, which was nominated in 2011 for Sports Illustrated's Sportsman of the Year award for its work in bringing down college football's unpopular former post-season system, the Bowl Championship Series. He is frequently quoted on political matters in national media outlets, such as The New York Times, The Wall Street Journal, USA Today, and Associated Press.