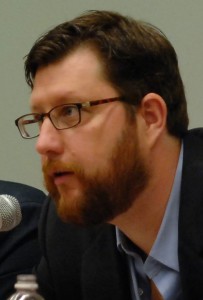 Matthew Duss is the president of the Foundation for Middle East Peace. Previously, he was a policy analyst at the Center for American Progress, where his work focused on the Middle East and U.S. national security, and director of the Center’s Middle East Progress program. His writing has appeared in numerous publications, including the New York Times, the Washington Post, the Los Angeles Times, the Boston Globe, the Nation, Foreign Policy, Politico, the American Prospect, and Democracy. He appears regularly as a commentator on radio and television. He received an M.A. in Middle Eastern Studies from the University of Washington’s Jackson School of International Studies, and a B.A. in political science from the University of Washington.