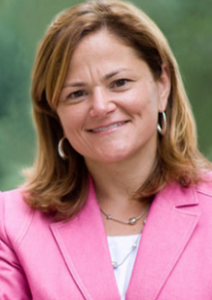 Melissa Mark-Viverito serves as the Speaker of the New York City Council, the first Puerto Rican and Latina to hold citywide office. She represents the 8th District, which includes El Barrio/East Harlem and the South Bronx. Born in San Juan, Puerto Rico and raised in Bayamon, she worked for over a decade in local activism, nonprofit organizations and grassroots labor organizing before being elected to the City Council in 2005. Melissa Mark-Viverito was unanimously elected to serve as New York City Council Speaker in January 2014. As Speaker, she has focused on transparency in government and policies that generate socioeconomic opportunity and combat systemic inequality. In May 2014, Speaker Melissa Mark-Viverito implemented sweeping rules reforms that increase transparency in city government and streamline the legislative process to better serve New Yorkers. Mark-Viverito also established budget reforms to ensure City Council resources are more equitably distributed across districts based on poverty levels. Led by Speaker Melissa Mark-Viverito, New York City has emerged as a national leader in the fight for comprehensive immigration reform. In September 2014, Mark-Viverito announced a groundbreaking public -private partnership with The Robin Hood Foundation, New York Community Trust, and citywide legal service providers to fund legal representation for unaccompanied immigrant children facing deportation in New York City. While unaccompanied children across the nation unjustly face deportation proceedings without any legal assistance, this initiative guarantees a lawyer for all unaccompanied minors in New York City and also provides social, mental, and health services. Speaker Mark-Viverito and the New York City Council passed legislation in October 2014 limiting the City's compliance with detention requests issued by United States immigration authorities without a warrant from a federal judge. This legislation ensures that individuals are not detained without sufficient cause or needlessly torn away from their families.