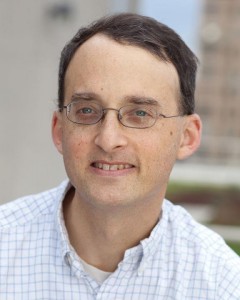 Mark Schlosberg is Food & Water Watch's National Organizing Director and has been with the organization since 2008. He has lead the development of Food & Water Watch's organizing strategies, which has included launching Americans Against Fracking, the national coalition to ban fracking, the Global Frackdown day of action, and state coalitions in New York, Colorado, and California. Mark travels extensively, working with field organizers based in Food & Water Watch's state offices. Before joining Food & Water Watch, Mark was a policy director at the American Civil Liberties Union of Northern California where he lead campaigns on issues ranging from civilian oversight of the police to government surveillance and privacy. In spare time, Mark enjoys playing baseball, chess, and going to actions with his wife Jenny and twin 8 year old boys Steven and Max.