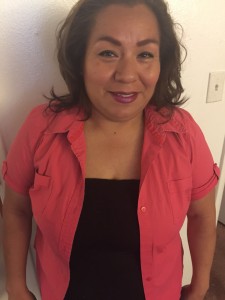 Maria Neyoy moved to Arizona in 1995, and has held many jobs in the service sector. After experiencing injustices while working for Wal-Mart and Ranch Market, Maria became determined to advocate for her coworkers and herself at her next job—which was at El Super, beginning in 2013. After standing with the union for dignity and respect at the workplace, Maria and a handful of employees received a $3/hour raise, which she believes was an attempt to bribe her into ending her union activism. When that didn’t work, she believes she was singled out for frivolous and arbitrary disciplinary actions at work for her continued union support—and, recently, the National Labor Relations Board agreed, by finding that El Super was illegally retaliating against her, and the company was forced to take back its illegal actions and post notices in its Arizona and California stores acknowledging that its workers have the right to organize without fear of intimidation. “I’m proud to work and provide for my family,” Maria says, “and I will not let the company try to scare my coworkers and I out of standing up for ourselves and into poverty.”