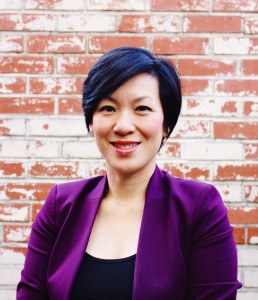 In a career spanning over 20 years, Madalene Xuan-Trang Mielke's unique combination of genetics and politics have helped her build a successful political training and non-profit fundraising consulting firm. Ms. Mielk's political career began at the Democratic National Committee (DNC) and later for the Clinton/Gore Coordinated ’96 campaign. After working in the trenches of Democratic politics and assisting on the campaigns of numerous Members of Congress, Ms. Mielke struck out on her own, starting her own consulting firm in 2002. She has collaborated with national organizations and campaigns such as the NAACP National Voter Fund, John Kerry for President, Democratic National Committee, Mike Honda for Congress, Friends of Hillary, Becerra for Congress, CHC BOLD PAC, and Young Democrats of America while working to advance the progressive agenda by raising millions of dollars to empower communities of color. Ms. Mielke has been a feature speaker at numerous national conferences, all while spending her entire professional political career working to bring diversity to the political process and nurturing candidates and staff as they move forward in bringing political change. The Vietnamese American Chamber of Commerce awarded Madalene with its National Community Service award for her work in mentoring and promoting Vietnamese American civic participation. In her spare time, she likes to pretend that she’s a chef but is sometimes distracted by catching a plane in search of the perfect accessory or to catch a wave while surfing.