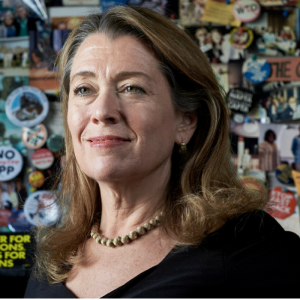 Lori Wallach is the director of Public Citizen’s Global Trade Watch. A 25-year veteran of congressional trade battles starting with the 1990s fight over NAFTA, she was named to the “Politico’s 50” list of thinkers, doers and visionaries transforming American politics in 2016 for her leadership in the Trans-Pacific Partnership debate. Wallach is an internationally recognized expert on trade with experience advocating in Congress and foreign parliaments, trade negotiations, courts, government agencies, the media and in the streets. Dubbed “the Trade Debate’s Guerrilla Warrior” in a National Journal profile and "Ralph Nader with a sense of humor" in a Wall Street Journal profile, she combines a lawyer’s expertise on the terms and outcomes of agreements with insight from the front lines of trade debates. Wallach’s specialty is translating arcane trade issues into accessible language. Wallach has testified on NAFTA, WTO, and other globalization issues before 30 congressional committees and appeared as a trade commentator on MSNBC, Fox, CNN, ABC, Bloomberg, PBS, NPR and numerous foreign outlets. She has been published and quoted in The New York Times, The Economist, Forbes, The Washington Post, USA Today, the Financial Times, and more. A lawyer who has worked in television news and on political campaigns, Wallach is well-informed about the role trade issues played in the 2016 election and the implications for the Trump presidency and 2018 congressional elections as the voters demand action on trade. Books she has written on trade include The Rise and Fall of Fast Track Trade Authority (2013) and Whose Trade Organization? A Comprehensive Guide to the WTO (2004) and she has contributed to numerous anthologies. She was recently one of three panelists, alongside Chancellor Angela Merkel, at the C-20 Summit titled “Civil 20 Dialogue with the G20 Presidency” which addressed the most pressing globalization challenges of the 2017 G20 Summit. Wallach was a founder of the Citizens Trade Campaign, a U.S. national coalition of consumer, labor, environmental, family farm, religious, and civil rights groups representing over 11 million Americans, and serves on its board. Wallach is a graduate of Wellesley College and Harvard Law School.