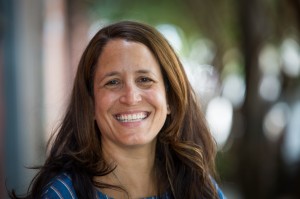 Brasilian-American mediamaker Luisa Dantas works at the intersection of storytelling, social justice and cities. She produced and directed the multi-platform documentary Land of Opportunity, which chronicles the reconstruction of New Orleans through the eyes of those on the frontlines and asks the question: what kinds of cities do we want to (re)build in the 21st century? The project includes a feature film and groundbreaking interactive web platform produced in conjunction with partners in six cities. Luisa co-produced the documentary Wal-Mart: The High Cost of Low Price. Her first fiction film, Bolo, was produced in Brasil. She has written for the animated series Go, Diego, Go! for Nickelodeon Television. Her work has received funding from Chicken and Egg, Rockefeller, Ford, Disney/ABC, and the National Hispanic Foundation for the Arts. Luisa is currently the project director for an innovative initiative designed to build the capacity of organizers and advocates in cities across the U.S. to harness the power of narrative to support equitable development, funded by the Ford Foundation. She is also a member-owner of New Day Films. She was awarded a Rockwood Leadership Institute/ JustFilms fellowship for 2017-8.