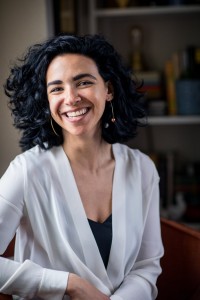 Liz Jaff is the President of Be A Hero PAC, an organization she co-founded with Activist Ady Barkan. Be A Hero ran the $4 million small dollar donation campaign against Susan Collins, and ran the top performing health care ads in the country for the 2018 cycle. Jaff is Obama ‘07, ‘08, and 12 - worked on the Hill, and was the VP for Business Development at Crowdpac. Jaff worked at the White House, the U.S. Agency for International Development and the Department of Commerce. She ran a congressional race in 2014, and has worked with hundreds of local electeds across the country raise money online. In 2017 Jaff ran for DNC Vice Chair on a platform of opening up democratic tech and data. She helped recruit the 2017 DNC Tech team, now one of the biggest and most diverse in the history of the DNC, and works with new tech products that aim to break up monopolies and old school tactics. Jaff started a small consulting firm, Leopard Strategies, (formerly 44Renegades) and loves rapid response, branding, and launching crazy campaigns, and does a lot of weird shit. That’s about it. Oh and she’s on the board of Netroots and some other things.